In a CDK Application, you don’t have to care too much about dependencies. Put libraries you need to build/test your application as devDependencies and libraries that are used to run the code as dependencies. 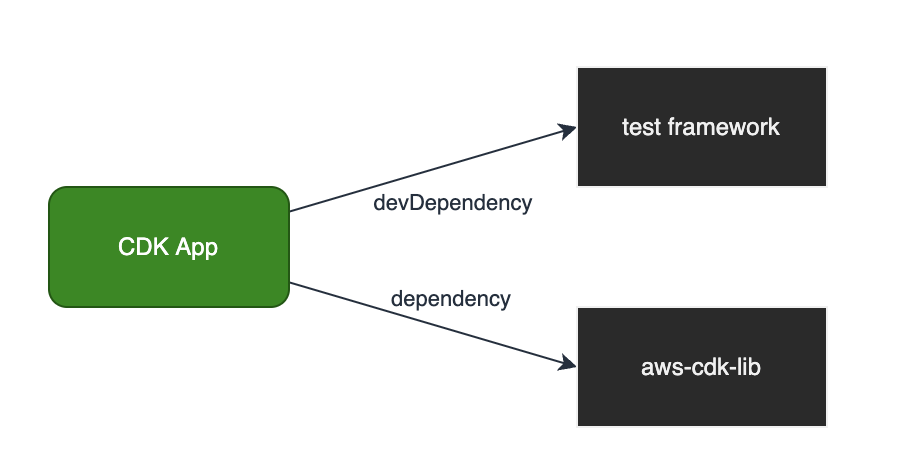 Within the package.json file use semantic versioning (SemVer) to specify the version you expect. For example, to specify acceptable version ranges up to 2.60.4, use the following syntax:

The package.json just defines the requirements you have on your dependency. Be as open as possible to not exclude newer versions.

The actual version of your dependency is stored in the lock file (yarn.lock or package-lock.json). With your pipeline run npm ci or yarn install --frozen-lockfile to install exact the version as defined in the lock file.

Be aware that by running just npm install or yarn install existing packages in node_modules are not touched but missing packages are downloaded and the lock file could be updated.

In CDK Libraries it’s more important how dependencies are defined as it affects all applications that are using this library. 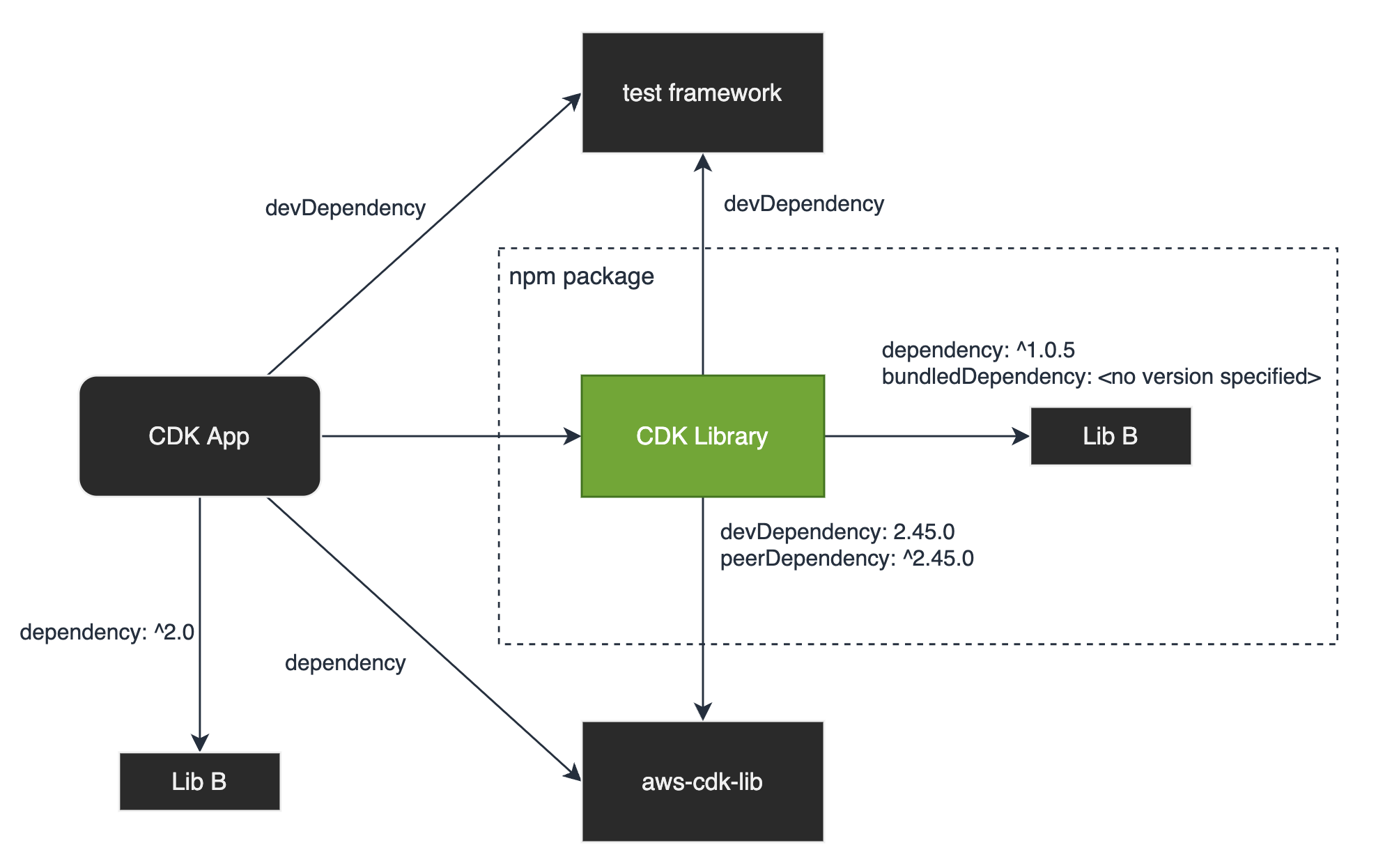 Like for a CDK Application, add libraries you need to build or test your library under devDependencies. These dependencies will be ignored by users of your library.

All direct and indirect dependencies must be resolved within the CDK App. This works as long as there are no conflicts. But both, the App and the Library will likely depend on the AWS CDK. Let’s say the CDK Application expects v2.45.0 and the CDK Library depends on v.2.60.0. Which version should be used?

There are two ways how to solve it:

Bundled dependency means the package of the dependent library is packed as part of your npm package. This also includes dependent packages of your package. You will see a nested node_modules folder in your package content.

A disadvantage of this approach is that it increases the size of your package. And the user of your library must rely on you to bundle the latest version as they can’t upgrade that dependency to a newer version (which is useful for security fixes).

Use bundled dependencies only when you require a specific version.

In the package.json add the library as dependencies with a version (see SemVer above) and bundledDependencies (just the name of the package without version information).

The peerDependencies tell the application that the library depends on other libraries. It delegates the decision of which exact version should be used for the CDK Application. Here it is important to not be too restrictive to give the user of your library more choices if they want to use the same library in a different version.

In the package.json add the library as devDependencies with the exact minimum version you support and as peerDependencies with a range of possible versions that might also work (provided that SemVer rules are respected).

Dependencies are handled a bit differently in CDK Applications and Libraries.

In a Library, the same rules apply for devDependencies but when it comes to dependencies you need to run your code you can either bundle them or define them as a peer dependencies. The correct versioning is important here.