With assets, the AWS CDK provides an easy way to build Docker images based on a Dockerfile. But sometimes, Docker images are built natively by other tools (e.g. jib). How can they be integrated as native container image assets into your stack?

Since version 1.113.0 it’s possible to use tarballs as source for CDK’s container image assets.

How can I use a tarball as Docker image asset?

A typical way to build Docker images is to use a Dockerfile and the docker build command. In restrictive environments, however, using the Docker daemon is not possible. Tools such as jib therefore build OCI-compatible images directly for your application. These can be saved as a tarball.

I’ll skip the details and create a local tarball from the latest nginx image using the following command:

In my CDK application, I can use the new command ContainerImage.fromTarball to add the locally stored tarball as a container image asset.

What happens behind the scene is that the tarball is added as a file asset and moved to the cloud assembly directory folder (normally, it’s cdk.out).

The assets file contains now two assets: The tarball and the container image. The image asset contains only an executable that ensures that the image is available in Docker (using docker load) and returns the name of the image. 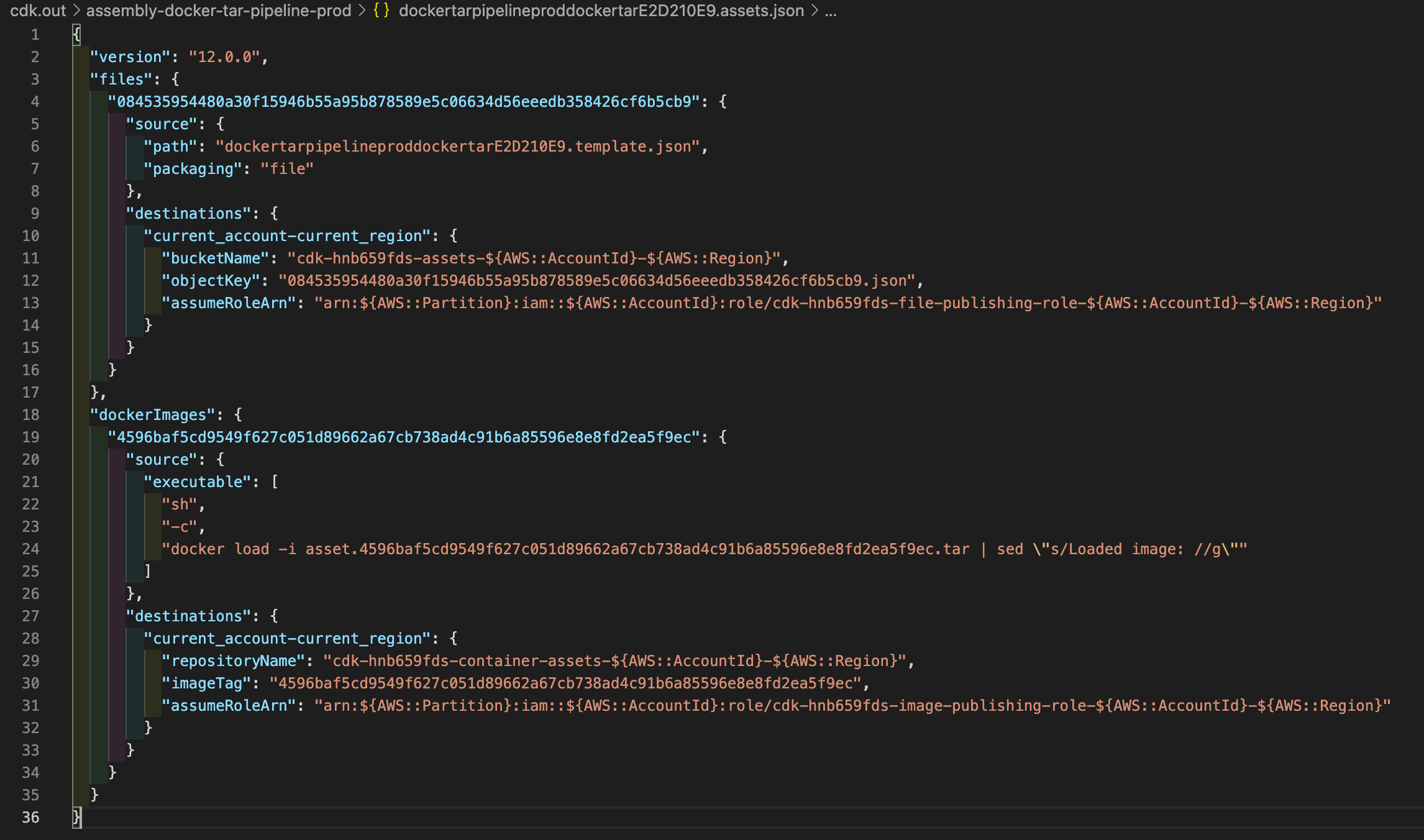 This works also in a CdkPipeline. Extend the SynthAction to build the tarball and run cdk synth afterward.

Use the ContainerImage.fromTarball method to load a Docker image from a tarball and add it as a container image asset to your stack. Everything else will be handled by the CDK.